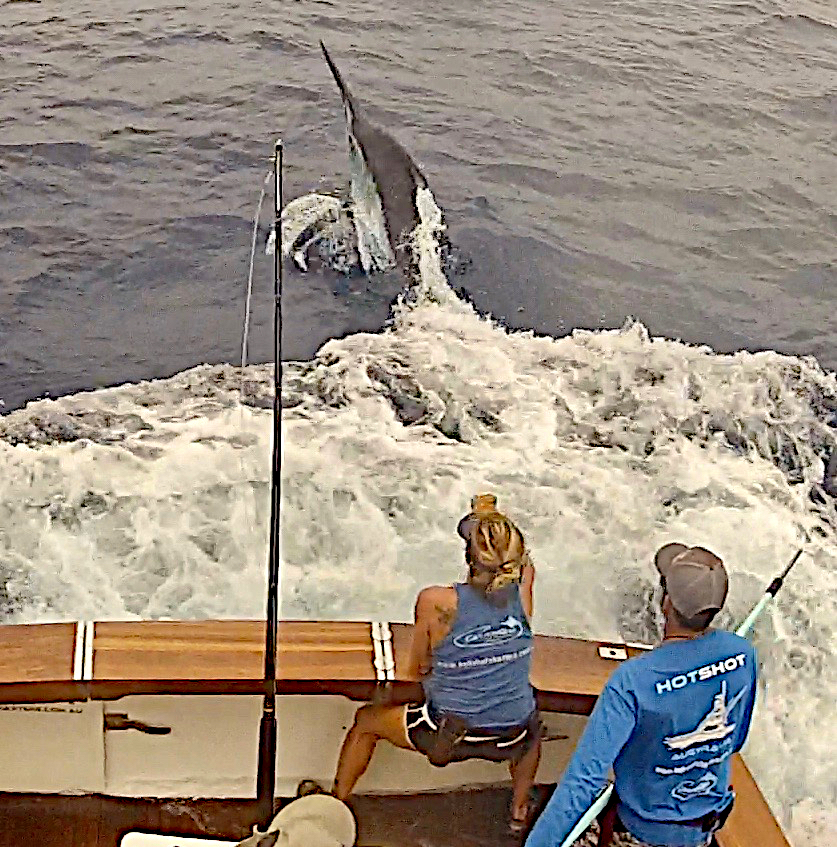 Fishing for Giants on board Hotshot Charters

Hotshot charters has just returned back  to Cooktown after fishing the last 5 days with Bill and Mick from Melbourne. Our goal was to fish for giants…. And we did!

Our first day out was a late start. We managed to stock up on some bait doing a leisurely stroll out to the top of the ribbons.

The next day we headed out and the water looked fantastic and the weather was glamour.

We set Mick up for the chair and set the baits out.

Well Captain Sparra did a turn and up pops a giant marlin.

We had her on…

Mick got into the chair and off we go!

He did an amazing job fishing this big girl and she gave us a hell of a fight.

We had the leader the first time in about 15 minutes. But she wasn’t ready to give up jumping away…

This time she dug in and it was like trying to lift a mac truck. She keep her head down and managed to get away again.

Finally we thought we had her beat! But as we got ahold of the leader a third time she gave it one last full body leap out of the water and (being hooked on a circle) she managed to pinch thru the leader.

This Giant one is out there still swimming! 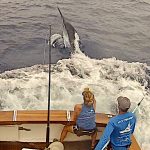 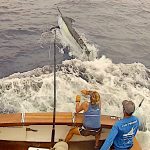 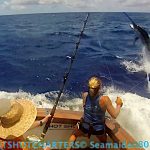