Hotshot started fishing nearly straight away, after only returning home to the Gold Coast in early December.

With the fish spread out from as close as the 20 meter line to the 100 meter line, it was perfect for trolling both lures and teasers to bait and switch.

Our best day out fishing for juvenile blacks to date produced 4 from 8 blacks in a day. 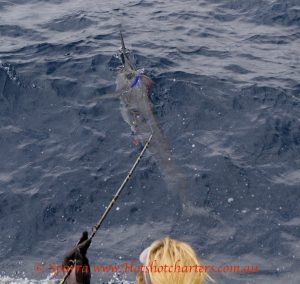 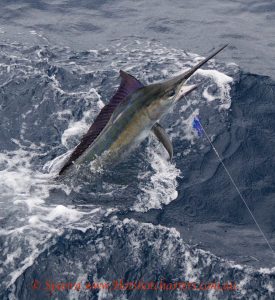 Tagged and released this black marlin 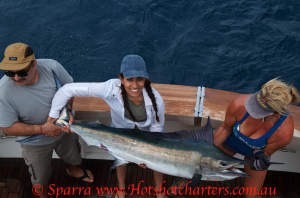 With the beautiful calm weather we have on the Gold Coast we were able to head out wide to fish for the blue marlin.

Again using lures and teaser we had a lot of success baiting and switching. We fish from 250 meters to 500 meters our best day produced 4 from 11 fish.

Also on this day we went 3 from 0 on stripe marlin. We have had a very unusual season run on large stripes not only in size but numbers as well. 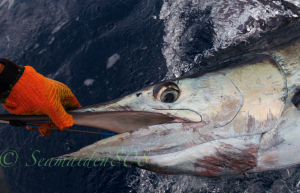 tagged and released this blue marlin

tagged and released this blue marlin 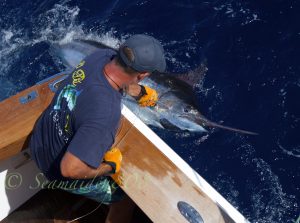 As always the mahi mahi are around as well as some reports of wahoo and stripe tuna.